CALL FOR RATES AT THE FOLLOWING VENUES

Plan your Event at AWHC

"...I have never dealt with a catering company that was so buttoned up and professional as Iron Gate... I have worked with them ALL here in Salt Lake County. Not only was your team on time, everything was just fantastic. Our guests were constantly commenting on the food and going back was just fantastic. I cannot emphasize enough that who we choose as vendors is an extension of us. Your team was on time, food was hot and delicious. You made us look good."

"Thank you for the beautiful job you and your team did for our many luncheons over the last year. Everyone has raved about the food, the gourmet presentation and the varieties offered. The service has always been outstanding! Whether it was working with Jeremy, Chris, or David we couldn't have hoped for more. Set up was perfect, clean up was immaculate. You made event planning so easy for me, especially by comparison to the other catering companies we have used! We look forward to having you cater our events for the next year! Thank you so much!"

"It was a pleasure to work with you on the Ribbon Cutting Event. Your food was delicious and your service impeccable. I look forward to working with you on future events."

"I have been using Iron Gate Grill for catering for the five years that I have worked for the Logan City School District. Jeremy is always so nice and willing to do what ever I need help with, even on short notice. They are professional, presentation is wonderful, and the food is outstanding! Shelice, Jeremy, and all the crew are amazing!" 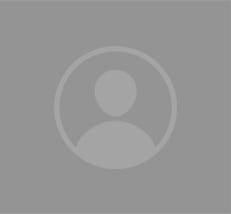 Jeremy was born and raised in beautiful Cache Valley. As a kid, he spent his summers looking for ways to make money. He’d load up his red radio flyer with fresh corn and sell it door to door. His mother raised him to be very loving and to hug everyone. Now it’s become a distinguishing characteristic and people love getting a big squeeze when they see him.

When he was fourteen he turned in his radio flyer and started washing dishes at a local restaurant in downtown Logan. He would hustle to get the dishes washed so he could learn to cook on the line. He was too young to get paid as a cook so they would compensate his time with burgers. By the age of sixteen he was a night manager and helped open a restaurant in Roy, Utah. Over the next several years he was on the opening crew for Village Inn, traveled to Bartlesville, Oklahoma to open a restaurant, and managed the hotel and restaurant at the Sherwood Hills Resort.

Through the years he purchased used restaurant equipment so one day he could open a business of his own. He and his partner, Shelice Condie, decided go for it and opened a quaint restaurant named The Cottage. They would later go on to open Iron Gate Grill, All Occasion Catering, and Jitters Coffee Shop. After a decade of owning a restaurant and catering company they decided to go straight catering. Jeremy has a lovely wife, Eden, and two awesome boys: Chris and Tristan. When Jeremy isn’t busy with work he loves to golf, do yard work, build stuff for his wife, and ride his motorcycle.

Shelice has over twenty years working all different aspects of the hospitality industry including Charte House and the Ritz in the U.S. Virgin Islands, a local restaurant in Logan, and General Manager of a local Resort in Utah. She earned her degree from Utah State University and soon after Shelice and Jeremy decided to join forces and become the best catering team in Northern Utah. Shelice has strong communication skills geared to both internal leadership and providing outstanding customer service. She is an excellent multi-tasker and very detail-oriented. She works hard to ensure wonderful and stress-free events.

Shelice also loves spending time with her family, being active, traveling and studying to finish her masters of wine certification, and checking out great restaurants!

Chris comes from a Utah family with five siblings and two loving parents. He has been with the company for fifteen years and has been a part of the continuous redesign that has led the company from a local restaurant to a Top 10 in Utah Catering business. He began catering at the age of sixteen and although some personal interests have led him astray, a love of family and food always led his way home and to catering. Chris enjoys helping clients make lasting positive memories, meeting new people, going to new places, and of course having the opportunity to eat the delicious food.

When free time allows, he finds himself drawn to the outdoors. His collection of outdoor gear allow him and his wife Meagan to pursue their active lifestyle although they have had to make adaptations with the arrival of their new baby. They are looking forward to sharing their love of people and of the outdoors with their posterity!

Tyler began working for Iron Gate Catering in 2012, while attending Utah State University, as a part-time banquet server. Through his love for learning and hard work, Tyler graduated with honors from the Nutrition Science program and has become a vital member of the Iron Gate family. In addition to his many responsibilities as the Assistant Banquet Manager, Tyler also has independently spearheaded several projects (often in his spare time) and oversees the creation of desserts as the Bakery Manager. He enjoys the opportunity to cater for large events and intimate gatherings alike, helping to make each event a special occasion that will be remembered for years to come.

Iron Gate Catering of Utah offers Five-Star catering services at competitive prices. Leading the industry in food quality and presentation, we feature menus filled with exquisite entrees for all tastes. We cater for all occasions, from large corporate events and wedding receptions to small intimate engagements.

Iron Gate provides a wide variety of catering services in Utah, including personal chef services, wedding receptions, corporate breakfasts, board meetings, or company meals. Our menu includes but is not limited to buffets, hors d’oeuvres,

No matter your budget, the experienced staff at Iron Gate can work with you to customize menus and services for a celebration that will exceed expectations for both you and your guests. Contact us for a free consultation and price quote today.

Catering is available seven days a week. You may choose from our menu selections or create your own. We would be happy to help you customize an event-specific menu.

Our phone hours are 9 am until 5 pm Monday through Friday. Office hours are by appointment only.

Prices are per person based on a minimum guest count of 25. A gratuity of 20% will be added to the total bill (unless drop off only).

A sales tax of 6.5% will be added when applicable. All events are based on two hours.

Disposable Plates, Cutlery, Napkins, and Tumblers are provided to service every meal.

We will provide the linen for the buffet and accent with your color scheme for the event.

To ensure your event is as seamless as possible, your final menu selections, including dietary restrictions, guest count, and payment arrangements, are due no later than the Friday the week prior to your event. Changes received after the Friday cutoff may not be accommodated.

A non-refundable deposit of $200 is due when you book your event.

Cancellations received after the Friday cutoff (the Friday the week prior to your event) will be invoiced the entire amount.

Cancellations received prior to the Friday cutoff and within 8-30 days prior to the date of your event may be invoiced for 35% of the anticipated total.

These deadlines allow us to obtain the best pricing from our vendors, ensure we are able to order the proper amount of food without having too much waste and obviously ensuring there is enough, as well as providing our employees enough notice to adequately staff your event.